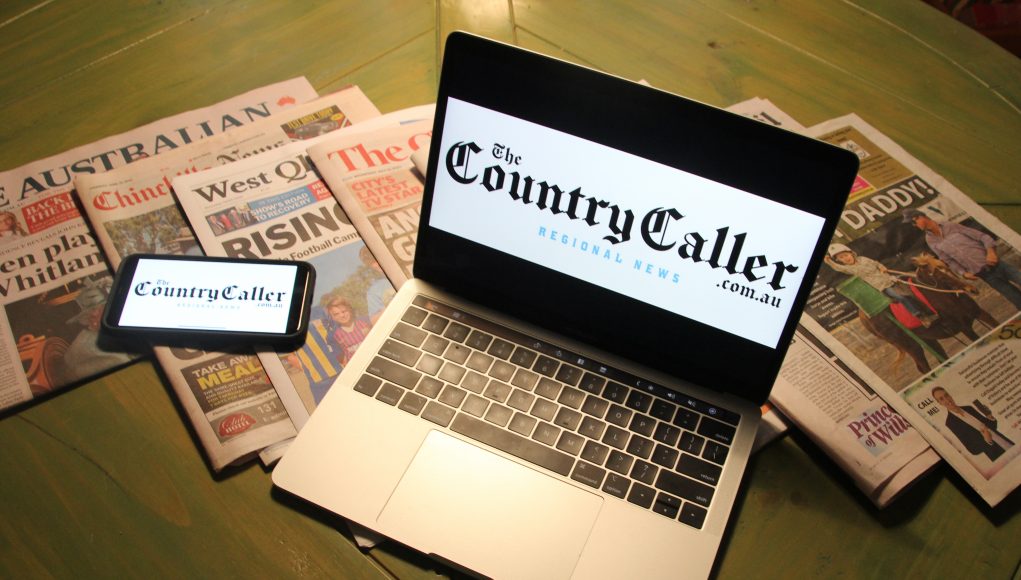 THE launch of the Country Caller introduces an exciting new news publication to an increasingly robust local media landscape developing across the region.

Based in Chinchilla, the Caller is a multimedia publication aiming to provide high quality news content and analysis for residents and businesses in the regions oif Western Downs, Southern Downs, Goondiwindi, South West and Maranoa.

It’s the third publication created in Chinchilla alone since June, when Murdoch-owned media giant News Corp stopped printing community most of its weekly newspapers throughout Queensland.

Chinchilla News is one of many country mastheads now being delivered only online, while new independent papers West Qld Echo and The Chin Wag seek to fill the hardcopy void.

David Fuller, whose family owned Chinchilla News for 50 years until 1987, said the migration of news media consumers to digital platforms was inevitable.

“I could see, even 20 years ago, that papers were going to be in serious decline, but digital has exploded even more than I could have imagined,” Mr Fuller said.

He said it would be challenging for both longstanding and new media organisations to attract and maintain readers and advertisers because of the vast array of platforms created by the internet.

“Back in those days (when the Fuller family owned the paper), we didn’t have that kind of competition,” he said.

“Advertisers were loyal – the big car firms, real estate – everything. We could run two pages of cattle advertising every week. There wasn’t anywhere else to look up classifieds.”

He said he hoped regional media would more closely scrutinise the activity of local councils – a journalism service he said had been lacking since Queensland local governments were amalgamated in 2008.

“Our longtime journalist Eric Platz would go to all four local shire council meetings – Chinchilla, Miles, Taroom and Tara. These days a lot of people have lost touch with their councils.”

“It’s an interesting time and these changes are all very new,” Mr Burke said.

“You still see businesses taking out full page newspaper ads, but digital marketing is a topic that comes up a lot in discussions with local businesses.

“Some businesses are right into it, and others are still getting used to it.

“The question is – how do get the most out of it? Where exactly do you advertise? That depends on who you want to receive the message.”

ELECTION 2020: Candidates in the seat of Southern Downs

Thumbs up, Button up: Jockey and trainer in double victory at Rocky TAB meeting

ELECTION 2020: Candidates in the seat of Condamine

ELECTION 2020: Candidates in the seat of Callide