Home COMMUNITY ELECTION 2020: Candidates in the seat of Southern Downs 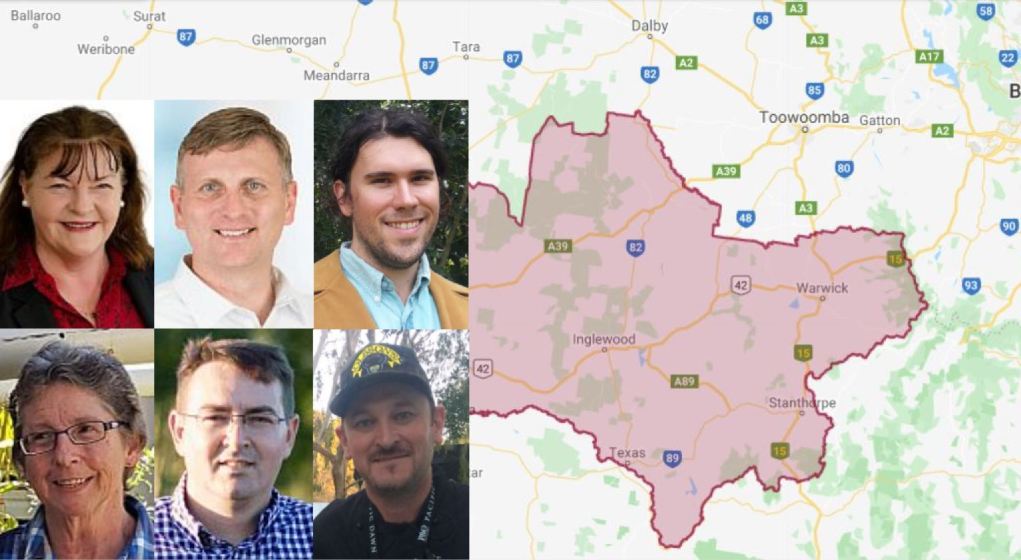 The four electorates which encompass the Darling Downs and South West Queensland are among the Liberal National Party’s strongest seats in the state. So strong is the LNP’s foothold to the north and the west of Toowoomba, that a 10 percent swing would be required to topple the party in it’s most at-risk electorate in the region, Warrego. But the year is 2020 and, as we’ve seen, stranger things have happened. Australia is in economic recession, Queensland has as an unemployment rate above 7 percent and the state’s debt has been the worst in the nation since before the pandemic. The fallout of the pandemic has polarised opinion of how Queensland’s economic and social challenges should be managed, and thus the election will inevitably produce some interesting results. Polling opens on Monday, October 19, ahead of election day on Saturday, October 31. To assist in deciding which candidates to vote for in the seats of Callide, Condamine, Southern Downs and Warrego, the Country Caller is publishing an electorate and candidate profile for each seat. Map images have been supplied by the Electoral Commission Queensland. Visit the ECQ website for more information about the election, including polling booth locations.

See the Caller’s election guide for the seat of Callide here.

See the Caller’s election guide for the seat of Condamine here.

BACKGROUND: Aside from the outback seat of Gregory, Deb Frecklington’s seat of Nanango and two other seats in the party heartland of the Gold Coast, Southern Downs is the LNP’s strongest electorate. Southern Downs covers rich farming country, encompassing larger rural towns such as Goondiwindi, Warwick and Stanthorpe, and running along a significant stretch of the NSW border. It’s a relatively new seat, established in 2001 to cover the former seats of Carnarvon and Warwick. Since then it’s been held by the Nationals or the LNP. Sitting members have included former Opposition Leader and current Goondiwindi mayor, Lawrence Springborg. At the 2017 election, some six election booths polled majorities for the LNP above 70 percent.

*Candidates are listed in alphabetical order by surname.

Despite repeated attempts by the Caller to contact The Greens media representatives to obtain profile information on Tom Henderson, no information has been provided. Mr Henderson’s profile on The Greens website is a generic paragraph that appears on several of the party’s candidates.

James Lister had a 17 year career with in the Royal Australian Airforce before becoming the Member for Southern Downs at the 2017 election. He was deployed to the Middle East during the war on terror and earned the Australian Active Service Medal and the Afghanistan Medal. Mr Lister is a father of two and serves as member of the Legal Affairs Community Safety Committee. He lists “cutting red tape” and creating “less government interference in our every day lives” on his website among his aims as an MP.

Rosemary Moulden ran for Pauline Hanson’s One Nation Party in the seat of Maranoa in the 2019 federal election, and now turns her attention to Southern Downs. Ms Moulden has been a registered nurse and homoeopath and currently runs a beef production small business with her husband. On her Facebook page, Ms Moudlen lists “protecting voters lives and livelihood from overregulation” and “advocating for reliable and affordable energy” among her goals if elected.

Malcom Richardson is the State Leader and Secretary of the Shooters, Farmers and Fishers Party. A chef by trade, he was also the party’s candidate for the seat of Maranoa at the 2019 federal election. He lives at Wattle Ridge, near Millmerran. Mr Richardson campaigns on his belief that “at our most basic core, Australian’s deserve and demand the rights to defend themselves, their family and their property.”

Joel Richters grew up near Childers and currently residents in Goondiwindi, where he has worked for Darling Downs Health, and served as chair of board for Care Goondiwindi and as a member of the Warwick Chamber of Commerce. Mr Richter also had an eight-year career with the Australian Defence Force. His profile on the ALP website says he would “fight for better local jobs, protecting frontline health service” and improved infrastructure in rural areas.

As co-founder of the Legalise Cannabis Queensland party (formed in June 2020) Deborah Waldron is a retired country GP and career advocate for cannabis law reform. “Dr Deb”, as she’s known, lives in Goondiwindi with her husband and is grandmother to a “brood” of grandchildren. The LCP website says Ms Waldron’s experience in treating palliative care patients, and her personal experience as melanoma sufferer, has convinced her that “this unique and amazing plant (cannabis) is capable of safely relieving the pain and suffering of millions”.